The BBC have announced the chefs that will compete in The Great British Menu, which is...

The BBC have announced the chefs that will compete in The Great British Menu, which is returning to our screens again later this summer. The 10th season’s line-up of talent looks to be a recipe for success, with the assortment of gifted chefs including Tim Allen of Launceston Place and Pip Lacey of Murano.

Every year the winners compete to cook a prestigious meal for a grand event, and this year is no different, as the chefs will be battling to win the chance to cater the banquet to celebrate the centenary of the Women’s Institute at London’s historic Drapers Hall.

The Woman’s Institute was created in 1915 to revitalise rural Britain and encourage women to become more involved in food production during World War 1. Since then the WI has continued to provide education and new skills to women across the country and has become synonymous with British home cooking.

In order to mark the 100 year anniversary the Great British Menu will be paying homage to the women that created the foundation for culinary excellence for our country, by transforming home cooked classics into 21st century masterpieces to impress the judges.

Judge Oliver Peyton commented “Any dish must honour the standards of the WI, but also build on them with imagination and skill to create a masterpiece of modern gastronomy.”

However, chefs should be mindful not to overcomplicate the techniques of their dishes and let taste fall by the wayside, as tricks of molecular gastronomy will not be impressing judge Prue Leith, who stated:

“You get too many flavours because something has been dehydrated and pulverised until it is a sort of sand or powder, or something has been dropped into a calcium bath to make it into little balls like caviar. Then there is a lump of meat that has been in a water bath for a long time… by the time they have done all that, where is the flavour?”

Restauranteur Oliver Peyton and award-winning critic Matthew Fort will be joining Leith in critiquing the dishes served up weekly by the contestants. The series will see an accompaniment of guest judges to ensure the standards of the food measure up to those of the WI expectations, including longstanding members of the institution and former Great British Menu veterans, such as Phil Howard, of The Square in London. 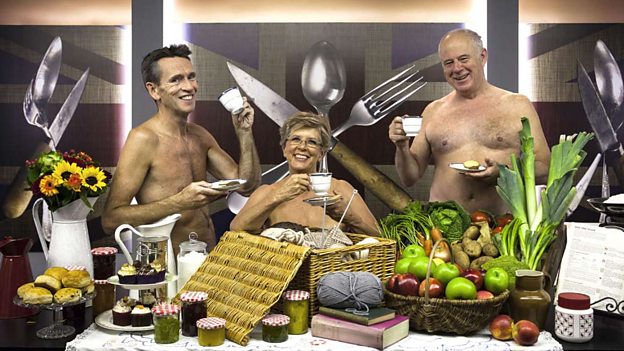 See all blogs and resources

Discover just how our services can help your business

Do you want to find out what we have to offer and how our services can help transform your business? Just click the button to contact us and our team will guide you through exactly what we can offer.